from UNPLUGGED: A Survivor's Story in Scenes & Songs by Maya Kuper & Paul McComas 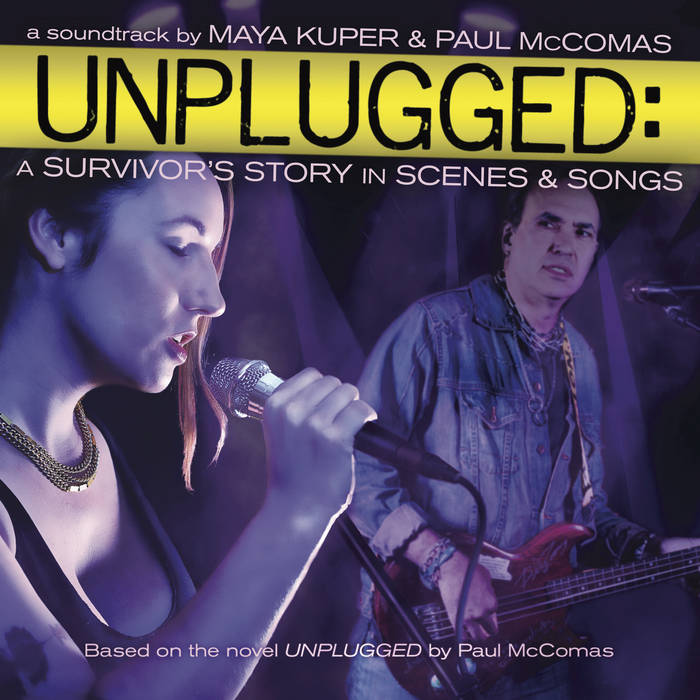 The first storm hit me on the eastern Dakota plains. I was in the lowest place of my life, driving westward, speeding away from my old life, trying to leave it far behind — the grief, the depression, the abuse — but I couldn't leave it; couldn’t escape it. My vision was blurred by a near-constant stream of tears.
Then, all at once, through the tears, I saw it: a broad, dense, swirling ground-cloud of dirt and dust was sweeping right toward me. It was like the air just above that desolate, flat land had somehow sprung to malevolent, earth-rending life.
By the time I'd regained enough of my wits to stop and shift into PARK, the dust storm was blotting out all sight and sound and light. It was above me and around me and on top of me: pushing down, pressing in, bellowing into my ears, demanding entry. It was an assault. I should know. I shut my eyes tight. I grabbed onto that steering wheel so hard that my nails cut into my palms. And I thought, "the Hell inside me has escaped; now it’s expanding to destroy the world…and it's starting with me!" Then it moved away, past me, now just a hovering swath of gray in the rearview mirror, shrinking by the moment as it continued to recede. Yet it left me shaking and aching, curled up on my side, sobbing, face-down, into the passenger seat.

But the second storm — yesterday — a few months after the first? Totally different. For starters, the second one was bigger. Plus, I wasn't on the highway, but out on the land, on foot, four or five miles from the Badlands ranch where I’ve been living, and healing. This time, I was out hiking, with no car — unsheltered; unprotected; utterly exposed. But it wasn't any of those things that made the second storm so different. No; the main difference was that, unlike with that first storm…the second time — I was me.